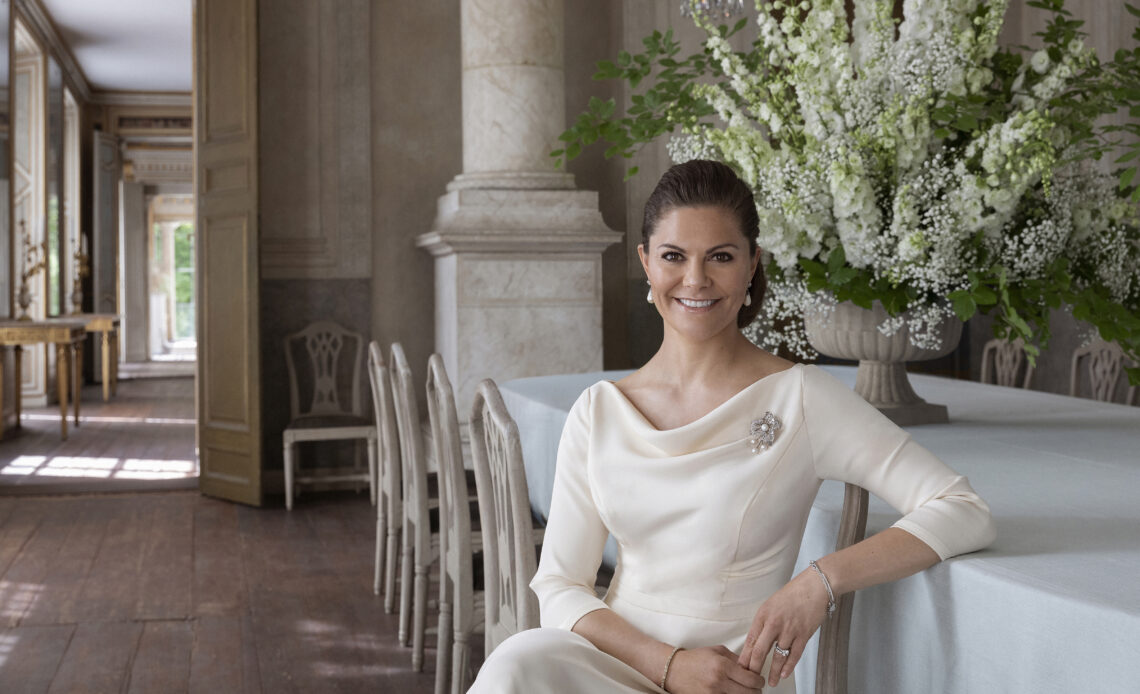 Crown Princess Victoria is often referred to as the ‘Godmother of Europe.’ She received this rather unusual nickname because she has 18 (yes, eighteen) godchildren.

Most of their parents chose Victoria as a godmother to their son or daughter because she is the Crown Princess and future Queen of Sweden, and royals often want other royals to become their children’s godparents. Of course, the bond between Her Royal Highness and the parents of her godchildren is often quite close.

The Crown Princess is also the godmother of various family members. She became Princess Leonore’s godmother in 2014 when her younger sister, Princess Madeleine and brother-in-law, Chris O’Neill, became parents for the first time. Her most recent godchild is Prince Alexander, son of her brother Prince Carl Philip and sister-in-law Princess Sofia. Thus, Victoria is both their aunt and godmother. In return, Prince Carl Philip and Princess Madeleine are respectively godparents to Princess Estelle and Prince Oscar. The children of King Carl XVI Gustaf and Queen Silvia of Sweden created the tradition that the aunts and uncles of the children will also become the godparents according to the birth order.

At the wedding of Crown Princess Victoria and Prince Daniel, many of these godchildren were part of the bridal party. Princess Catharina-Amalia, Princess Ingrid Alexandra, Prince Christian, Vivian, Leopold and Giulia Sommerlath, Ian de Geer and Madeleine von Dincklage were pageboys, flower girls and bridesmaids at the wedding. The other godchildren were either too young to participate or not born yet.

After seeing this long list of children, it is no surprise that the Crown Princess of Sweden is also called Europe’s godmother. Victoria has many gifts to buy each year for her many goddaughters and godsons.

Laura is from Belgium and has a passion for all things royal. She is Europe Correspondent for Royal Central since October 2016 and has contributed to other news websites. In her daily life she is a fulltime student in EU-politics and political communication.
We use cookies to ensure that we give you the best experience on our website.OkayNo