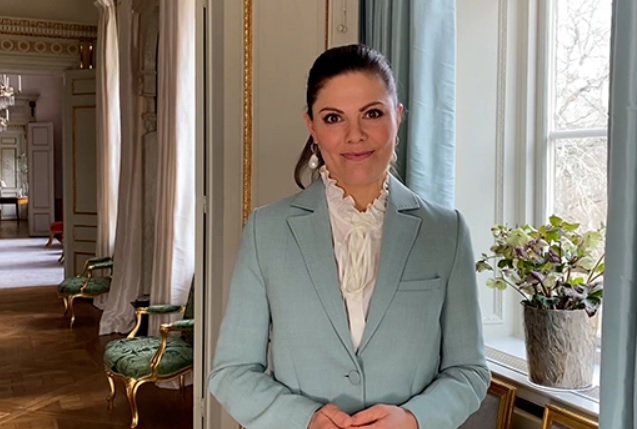 The Swedish Royal Court shared the news on its official website earlier this week, noting that the Crown Princess’s training began at the Armed Forces’ headquarters where she “participated in military-strategic staff orientation” and further learning about the leadership of the Armed Forces, global affairs, defence policy, and the Armed Forces’ tasks and objectives.

The Swedish Royal Court said that Crown Princess Victoria’s training program has been designed to increase her “knowledge and understanding of the Armed Forces’ tasks and activities at the strategic, operational and higher tactical levels.”

Crown Princess Victoria’s military training will continue throughout 2022, with further spring training at the headquarters before switching to the Solbacka course, which aims to strengthen participants’ understanding of Swedish security policy, crisis preparedness, and total defence. This course is arranged by the Armed Forces, the Swedish National Defence College and the Swedish Civil Contingencies Agency.

In the fall, Crown Princess Victoria will participate in military strategic and operational command exercises and will undertake training for higher-level tactical command with the various branches of the Swedish Armed Forces.

Crown Princess Victoria has previous military training as heir to the throne. In 2003, she completed basic military training at the Swedish Armed Forces International Centre; and in 2004, she studied at the Swedish National Defence College, taking courses in Political Science, International Relations and Conflict Resolution. She has continued to visit regiments and units throughout her royal career.

The Swedish Royal Court further said: “As a successor to the throne, the Crown Princess continues to train continuously regarding Sweden’s defence, among other things through visits to various activities and through training.”

Unlike most of their counterparts throughout Europe, the Swedish sovereign is not the Commander-in-Chief of the nation’s Armed Forces due to the Instrument of Government of 1975, which removed this position.