Before they were royal: The life of Princess Sofia of Sweden 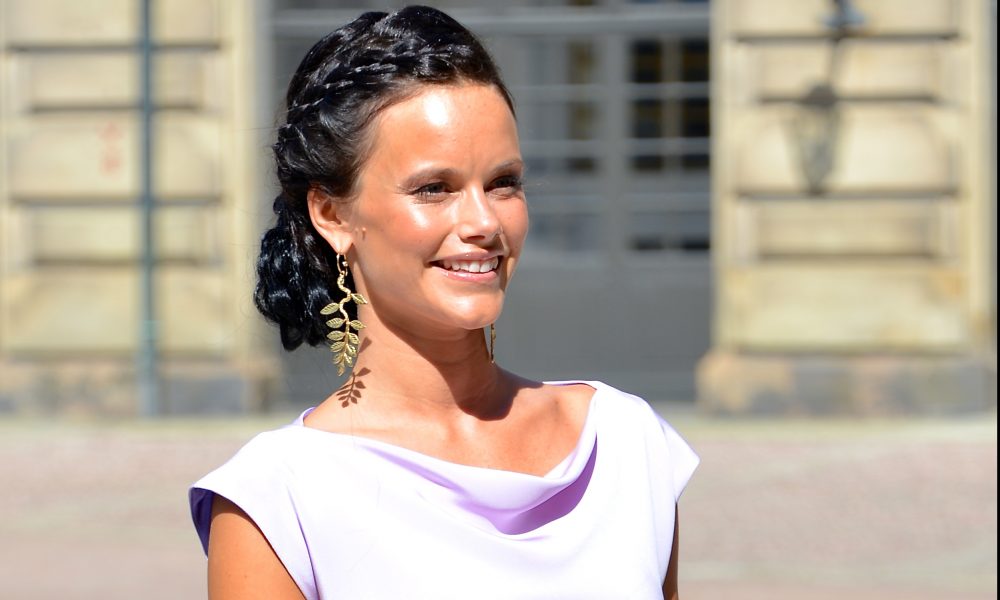 Continuing our series, we are taking a look at the life of Sofia Hellqvist before becoming Princess Sofia of Sweden.

The pristine lakes, forests, and mountains of Älvdalen, Sweden look straight out of a Disney fairytale. It’s no wonder that a future princess spent her formative years in such a dreamlike location. And like the Disney show Sofia the First, there’s another Princess Sofia who went from being an everyday girl to living in a royal palace.

This princess was born Sofia Kristina Hellqvist on 6 December 1984, the second of three daughters. Her mother, Marie Britt Rotman, worked as a marketing manager and her father, Erik Oscar Hellqvist, was an employment counsellor.

The young Sofia lived in Täby, Sweden until she was six. Her family then moved to the tiny town of Älvdalen, where runes were still used until the early 20th century, and there are people who still speak an ancient Viking-era language called Elfdalian. The region offered her an active childhood filled with plenty of outdoor activities, such as skiing.

Sofia attended Älvdalen Montessori School and Älvdal School. She was interested in the arts, and became a student of the arts programme at Vansbro Education Centre, specialising in music. Years later this came in handy when she wrote a song for her husband that was performed at their wedding.

Perhaps wanting to experience a more cosmopolitan setting, Sofia set her sights on Stockholm. While studying in Sweden’s capital, she also worked as a glamour model. After modelling topless with a boa constrictor around her neck at the age of 20 for Swedish men’s magazine Slitz, she was voted “Miss Slitz 2004.”

The recognition from her modelling led to a TV gig in 2005 when she appeared on the Swedish reality show Paradise Hotel. The popular programme featured sexy singles living together at a luxury resort. Sofia was named a finalist before being voted off.

Next up for Sofia: the bright lights of the Big Apple. She moved to New York in 2005, where she studied accounting at the New York Institute of English and Business.

While there, she supported herself as a waitress/bartender and a yoga teacher. She also co-founded a yoga clothing brand, Drop of Mindfulness, with another instructor at the studio where she taught.

After a few years in New York, she returned to Sweden and met Prince Carl Philip through mutual friends. Both were eating at a restaurant with friends, and the two groups ran into each other – and utterly changed Sofia’s life.

Their relationship went public in the spring of 2010, with many unflattering stories and photos from Sofia’s “Miss Slitz” days published in the media.

Although much has been written about Sofia’s past, she said in a Swedish TV interview that she wouldn’t change a thing. “I don’t regret anything. All these experiences have made me the person I am. I wouldn’t have made those choices today.”

In addition to her new, high-profile boyfriend, Sofia kept busy with charity work, and in 2010, she founded Project Playground with a friend. The organisation helps disadvantaged children in South Africa, a cause close to her heart after working as a volunteer in Africa.

The engagement of Prince Carl Philip and Sofia Hellqvist was announced on 27 June 2014.

Much like Prince Harry’s defence of his then-girlfriend Meghan Markle, Prince Carl Philip criticised the press for their treatment of Sofia. The Prince said on a TV chat show that his future bride was “hung out to dry in a bullying type of way.”

Everything from Paradise Hotel to her tattoos was fair game. Stories claimed that she wasn’t welcomed by the Swedish Royal Family, and they didn’t think she was princess material. Meanwhile, Prince Carl Philip said this couldn’t have been further from the truth, and Sofia had been welcomed with open arms.

The couple married in the Royal Chapel at the Royal Palace of Stockholm on 13 June 2015. True to this very modern couple, their ceremony included some twists on favourite hits mixed in with traditional music. Notably, performers sang Coldplay’s “Fix You” and a Swedish version of Rhianna’s “Umbrella” … and of course, the song Sofia wrote for her new husband.

Today Princess Sofia is a beloved member of the Swedish Royal Family. Her friendly and down-to-earth personality has helped to make her a relatable and popular princess. With her work in the areas of health and fitness, youth issues, and anti-bullying, she is a massive asset to Sweden.