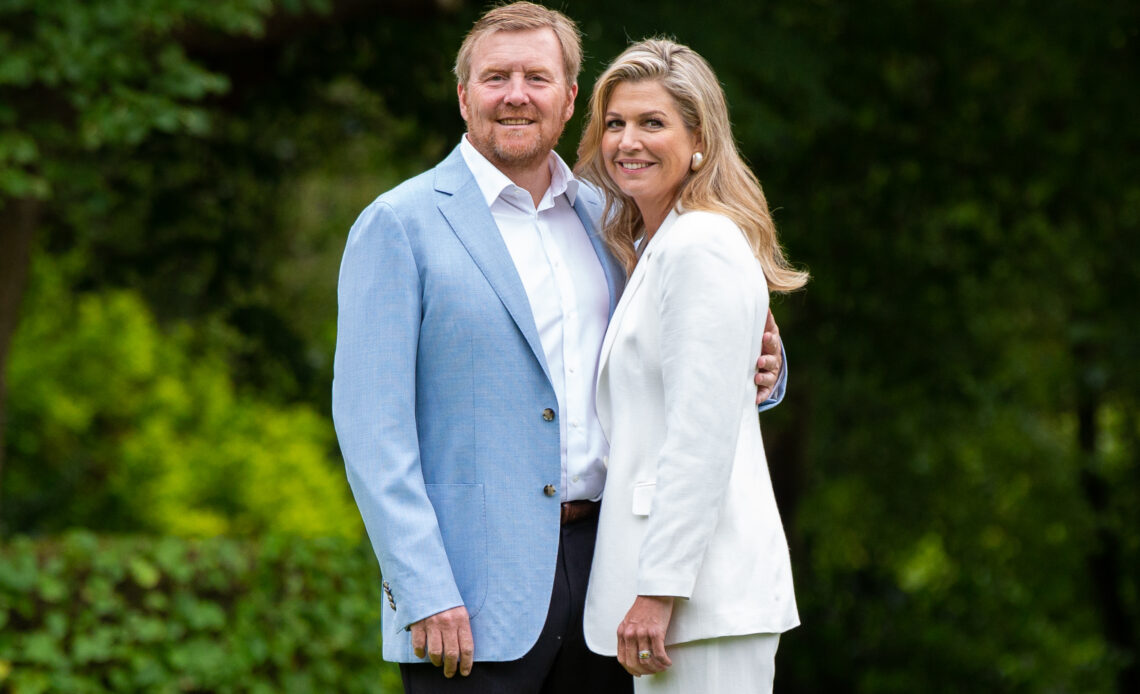 On Monday, King Willem-Alexander and Queen Máxima of the Netherlands started a three-day State visit to Germany.

The visit began with Their Majesties and the three Ministers accompanying them descending from the State plane, which was co-piloted by King Willem-Alexander himself, under a light drizzle at Berlin Brandenburg Airport.

Once they disembarked the plane, the Dutch dignitaries were welcomed by a guard of honour that was inspected by the King.

The King and Queen then separated for two separate events. Queen Máxima held a meeting on the Dutch-German partnership for studying children cancer at the Dutch Embassy in Berlin, whilst King Willem-Alexander paid a somber visit to the Anne Frank Centre, a partner to the Anne Frank Museum in the Netherlands. Both organisations aim to inform the younger generation about Anne Frank, her diary and her journey.

The King and Queen then reunited and went to Neue Vache, a monument to victims of war and violence, where they deposed a flower wreath.

The Royal Couple then met with Berlin Mayor Michael Müller at the famous Brandenburg Gate, where they posed for photographs, before moving to the Mayor’s office for a brief meeting.

The day ended with a state dinner at Bellevue Palace, during which King Willem-Alexander and President Steinmeier delivered speeches highlighting the ties that unite Germany and the Netherlands and the many opportunities for cooperation.

Despite this being a state dinner, neither The King nor The Queen were wearing their orders. This would usually be the case for a dinner on an official visit, but not a state visit.

This could most likely be explained by the fact that the state visit has been scaled down due to the global health emergency, and that this is the first State visit Their Majesties have undertaken in 16 months.