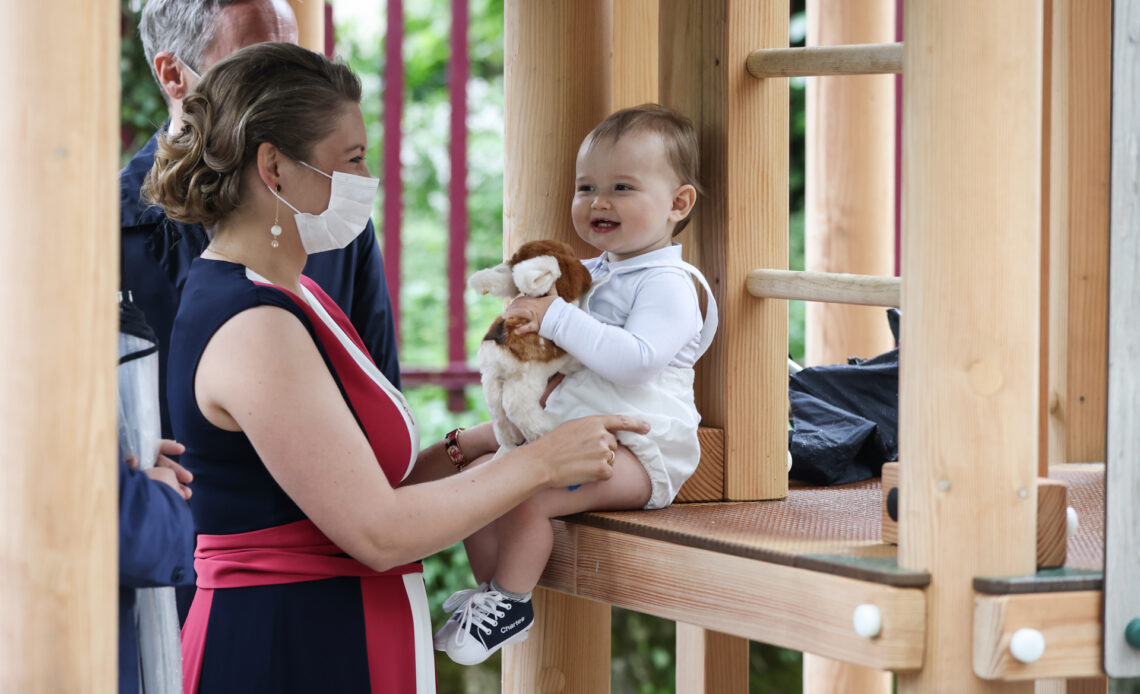 He has been in nursing homes and has opened a park, and on 16 September 2021, he went with his parents and a government minister to visit Päiperleksgaart Garden.

Prince Guillaume, Princess Stéphanie, Prince Charles and the Minister for Work, Employment and Social and Solidary Economy, Dan Kersch, toured the garden, an initiative developed by Yolanda Coop, an entity that makes sure that people with disabilities are allowed to work according to their needs.

Päiperleksgaart literally means “Butterfly Garden,” and it is a 600 square metres environment in which butterflies coexist with other animals such as tortoises and chameleons, and also tropical plants.

The garden, located in Grevenmacher, was created in 1989 in a space belonging to Bernard-Masser. In 2011, Yolanda Coop took on the management of the facility, making it a structure for inserting people with handicaps in the workforce, allowing them to work according to their own needs.

Grevenmacher is a small town located east of Luxembourg City, on the left bank of the Moselle River, almost at the border between Luxembourg and Germany.

The baby Prince seemed to be fascinated by all that he saw in the greenhouse that constitutes the garden and really looked like he wanted to take a closer look at the many colourful butterflies that fluttered around him.

And they seem to be eager for their son, Prince Charles, to feel the same, bringing him most recently to several visits to nursing homes and long-term healthcare facilities to see the impact social isolation had on the residents and the staff working there.

Prince Charles charmed everyone, and on Thursday, it was his turn to be fascinated by colours and fluttering wings.