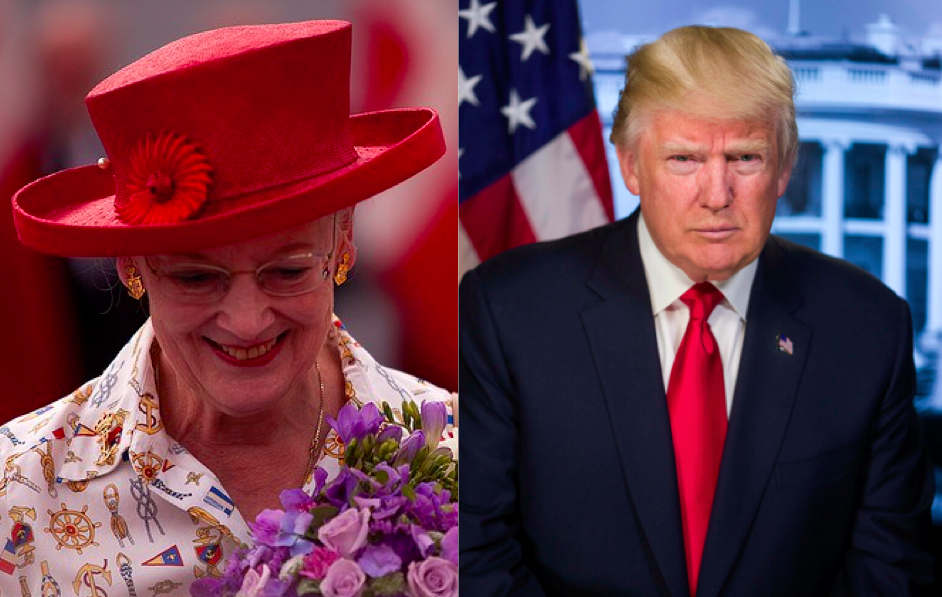 Queen Margrethe of Denmark is reported to be ‘shocked’ after President Trump cancelled his upcoming state visit to the Kingdom after a dispute over Greenland.

According to Danish newspaper BT, Her Majesty is “shocked” by the impulsive decision, with the President pulling out of the visit just two weeks before it was due to take place.

A spokesperson for The Queen reacted to the news saying: “That was a surprise! We are simply lost for words.”

The Danish royal household had already put a lot of work and effort into the visit as they prepared to welcome the US President.

The Queen’s staff had cancelled their summer leave to help prepare the visit after Her Majesty invited Trump to visit her country last month.

Taking to Twitter on Tuesday night, President Trump said: “Denmark is a very special country with incredible  but based on Prime Minister Mette Frederiksen’s comments, that she would have no interest in discussing the purchase of Greenland, I will be postponing our meeting scheduled in two weeks for another time.

“The Prime Minister was able to save a great deal of expense and effort for both the United States and Denmark by being so direct. I thank her for that and look forward to rescheduling sometime in the future.”

President Trump, accompanied by First Lady Melania Trump, as due to arrive in Copenhagen on September 2nd and depart Denmark the following day, September 3rd.

The President has expressed interest in buying Greenland which is ruled by Margrethe on several occasions.

However, he has been told in no uncertain terms that Greenland is not for sale.

Danes have reacted in anger to the news that President Trump has cancelled his visit over the Greenland spat.

Former Prime Minister Helle Thorning Schmidt tweeted: “Is that some kind of joke? Deeply insulting to the Greenlandic and Danish people.”

Former US ambassador to Denmark, Rufus Gifford, said: “He was invited by the Queen for a state visit. She invited him, he accepted it. They’ve been waiting for him for weeks. The Danes and the Greenlanders rejected his project.

“He rejects an entire kingdom. He behaves like a child.”

Soren Espersen of the right-wing Danish People’s Party said: “If he is truly contemplating this, then this is final proof that he has gone mad.”

The Danish Prime Minister is due to hold a press conference at 3pm local time.