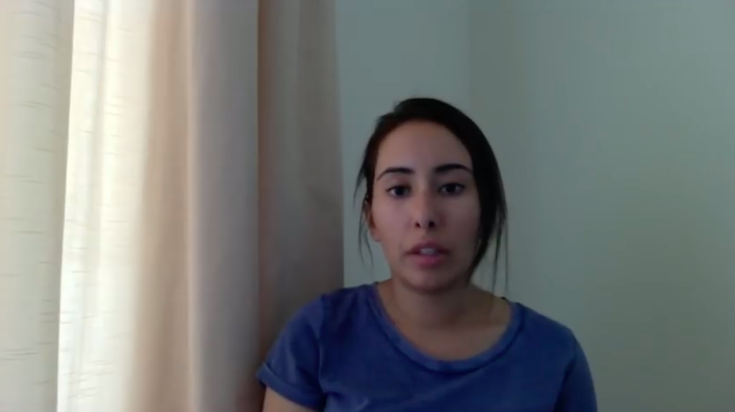 There is serious concern for the welfare of Princess Latifa Al Maktoum, the daughter of Dubai’s ruler, after secret video messages were obtained in which the missing Princess shared details of her ordeal.

In a series of video recordings shared with BBC Panorama, Princess Latifa accused her father, Sheikh Mohammed, of holding her hostage against her will.

In the footage, the Princess said that commandos drugged her during an attempt to escape captivity as she fled by boat. She was then returned to detention.

Princess Latifa also said that she had been “a hostage” in “solitary confinement” for more than a year with no access to medical or legal help.

The secret messages that the Princess recorded for her friends have since stopped. The United Nations is now being called to step in and investigate the abduction.

The government of the UAE have previously said that Latifa is safe in the care of family.

During her escape in 2018, the Princess managed to travel as far as international waters near India before she was captured and sent back to Dubai by her father’s guards.

She has only been seen once since in a controversial meeting with Mary Robinson, the former United Nations High Commissioner for Human Rights, when Latifa’s stepmother, Princess Haya, invited Ms Robinson to Dubai to meet with Latifa.

Speaking to the BBC following the revelation of the new footage, Ms Robinson said: “I continue to be very worried about Latifa. Things have moved on. And so I think it should be investigated.”

The videos recorded by Latifa as a hostage were filmed over a period of several months in her bathroom – the only door in the building which had a lock.

In this fact-finding judgment, it was held that, it was found that Latifa attempted to escape the UAE in 2018 and made a dramatic video exposing her father’s nature to the world.

BBC Panorama’s The Missing Princess will air on BBC One on Tuesday at 20:30.