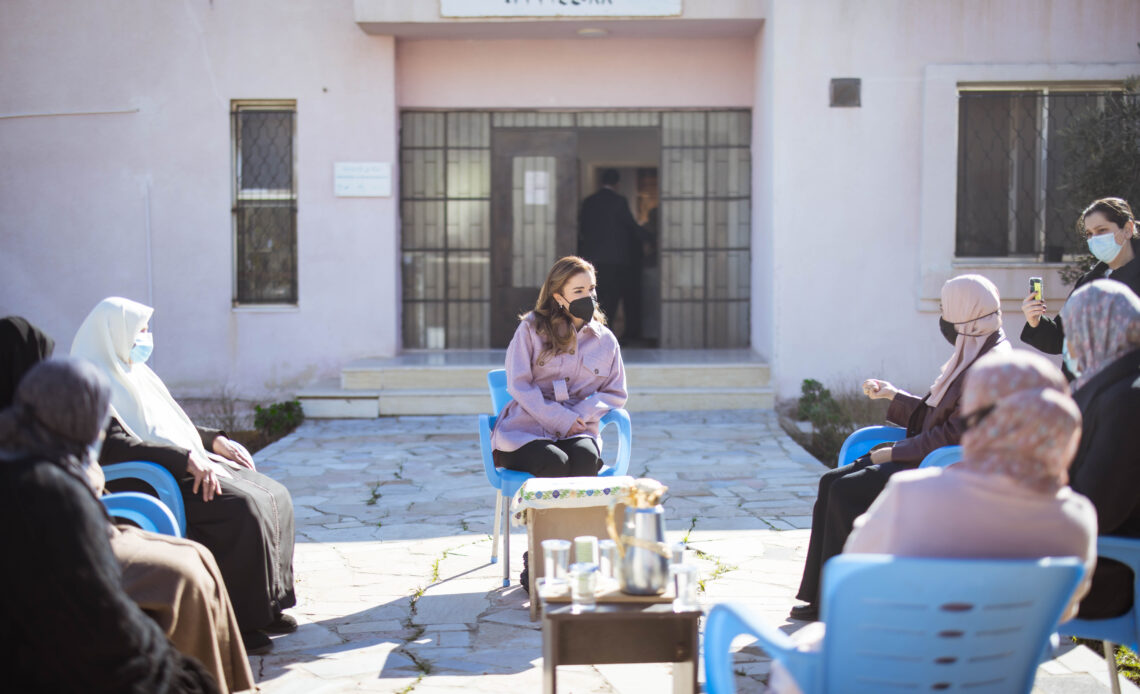 Economic and social empowerment programmes for women were on the agenda for Queen Rania as she paid a visit to the Tal Al Rumman Women’s Cooperative in Jordan’s Al Balqa’ Governorate.

The royal visit, which took place on 18 January, allowed the Jordanian queen to learn more about the cooperative’s initiatives to support women in the rural area of Tal Al Rumman. Local women can access skill-specific training sessions through the organisation, including workshops on dairy production, sewing, baking, and embroidery.

Wearing a fashion-forward belted lavender shirt jacket, Queen Rania examined a decorative wood object made by one of the women in a photo posted on her official Instagram account.

“Enjoying Tal Al Rumman’s beautiful nature and the company of its amazing people,” she said. “From my visit to Tal Al Rumman Women’s Cooperative today.”

On her Instagram stories, Queen Rania highlighted various aspects of the trip, including chatting outside to women from the cooperative and visiting the kitchens and gardens.

Her Majesty stopped by a training session on food production and one of the cooperative’s vegetable farms. She also took a look at its hydroponic greenhouse project, which relies on nutrient solutions to grow vegetables more efficiently. This growing technique allows the women to reap large produce yields without involving sunlight or extra labour, according to the Royal Hashemite Court.

The Women’s Cooperative, which was founded in 2017, is the sole community-based organization in the village of Tal Al Rumman and works to give women local employment opportunities and promote sustainable development.

One of these initiatives is a productive kitchen to improve the livelihoods of Tal Al Rumman’s women through cooking. The cooperative also runs a clothing bank for disadvantaged families in the area.

Queen Rania’s day out at the women’s cooperative marks her second royal engagement of 2022, following her visit to Al Salt.