Cricket, parrots and the Commonwealth Games: Edward and Sophie continue their Caribbean tour 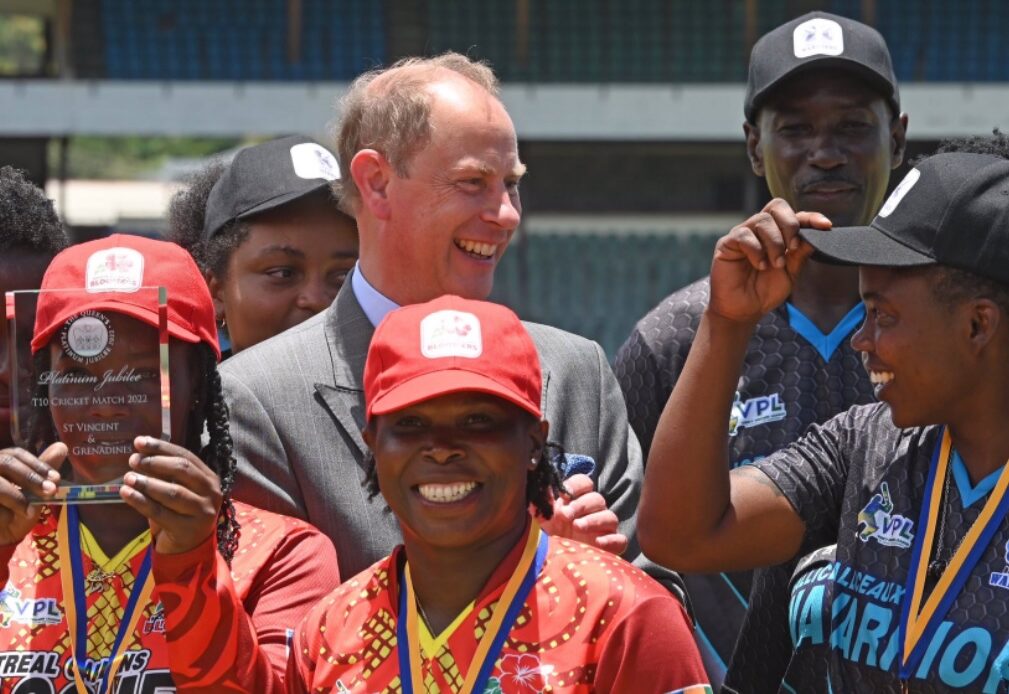 As the Earl and Countess of Wessex continued their royal tour of the Caribbean, day two brought a mixture of two things that you wouldn’t think go together, parrots and cricket.

The Earl met Commonwealth Games athletes as he watched a race held in honour of the Platinum Jubilee and a T10 women’s cricket match at Arnos Vale Playing Field. While at the match he presented the trophy to the winners, the Montreal Gardens Bloomers. He also presented medals to the Balliceaux Warriors team who participated in the event.

While the Earl spent time with athletes, the Countess of Wessex visited a community college to watch a dance performance. There, she met with two groups, Persons With Disabilities, and the Society of and for the Blind. The meetings were in her role as a global ambassador for the International Agency for the Prevention of Blindness.

Along with those engagements, the couple visited an aviary at the botanical gardens. The royals had a chance to greet the Amazona guildingii, St Vincent’s national bird. Perhaps the Countess regretted wearing sunglasses as the bird nearly knocked them off of her head during the visit. Regardless, she and the Earl each took turns getting to know the bird as it flew around and perched on both of their hands.

On tour of the Caribbean to represent The Queen for her Platinum Jubilee, the Wessexes will make several stops during their week-long tour, including in Antiqua, Barbuda, St Lucia, St Vincent, and the Grenadines.