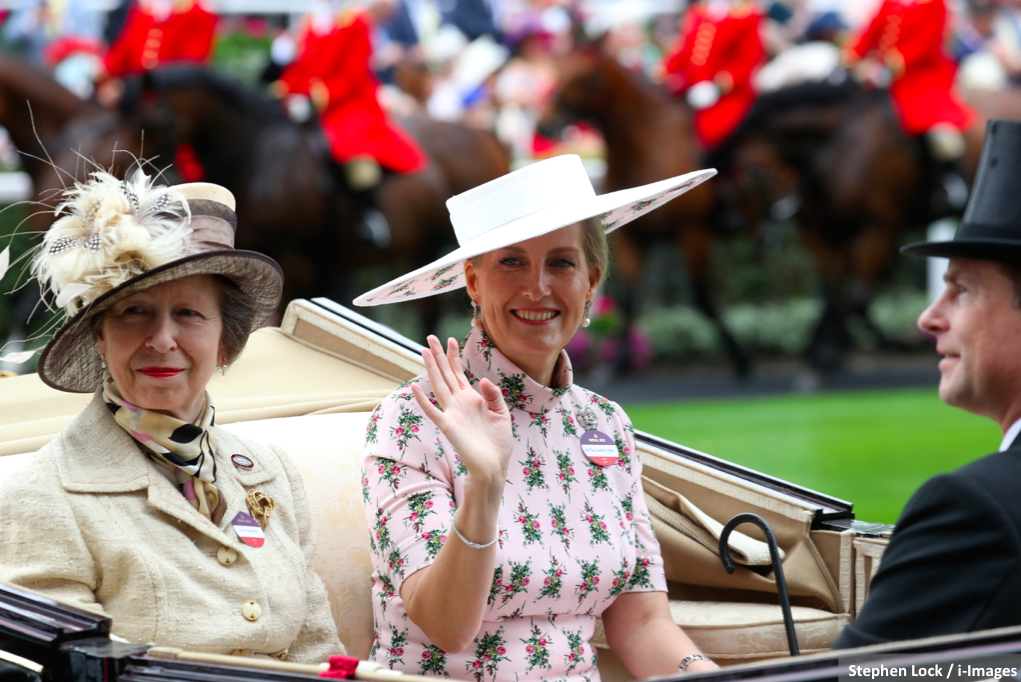 The Countess was born Sophie Helen Rhys-Jones in Oxford on 20 January 1965; she was given the name Helen after her paternal aunt who had sadly died five years earlier following a riding accident. She has an elder brother, David. One of her godfathers, Thane Bettany is the father of actor Paul Bettany. The family moved to Kent when Sophie was young, and she was educated at Dulwich College Preparatory School and Kent College School for Girls. She finished her education by training in secretarial skills at West Kent College.

On leaving school, she embarked on a career in public relations for several companies including Capital Radio. It was while working at a charity real tennis event in 1993 that she met Prince Edward, The Queen’s youngest child and a romance soon blossomed. They announced their engagement in January 1999 and were married at St George’s Chapel Windsor in June of that year. On the day of their engagement, The Queen announced she was conferring the title of Earl of Wessex on Prince Edward, with a subsidiary title Viscount Severn. Hence, from her marriage, Sophie’s title became Countess of Wessex.

The Countess continued her public relations work during the engagement and in 1996 started up her own firm RJH Public Relations with her business partner, Murray Harkin. However, she was one of the many public figures caught out by the now-discredited “fake sheikh” in 2001. Although, Buckingham Palace strenuously denied any wrongdoing the decision was made that both the Earl and Countess would cease their individual business interests and instead devote their time to activities and engagements on behalf of the Royal Family, including work connected with The Queen’s Golden Jubilee.

Over seventy charities and organisations across a wide range of interests have the Countess of Wessex as their patron. She is involved with many charities which are youth-based in either supporting activities for children or childhood illnesses, both at home and abroad. Since 2003, Her Royal Highness has been President of Girl Guiding UK and has visited many units throughout the country. She has also supported the work of the Orbis Flying Hospital programme, and following a visit in 2013 to see their work in India and Qatar, she wrote an article for the Daily Telegraph to coincide with World Sight Day.

Her Royal Highness is also a keen supporter of agriculture, and following time as President, she is now vice-patron of the Royal Bath & Wells Show, together with being and has been Patron of The Border Union Agricultural Society for its bicentennial year 2013. She is also a keen supporter of Prince Charles’s “Campaign for Wool” this aims to support the use of British wool for clothing and textiles.

The Countess has also not shied away from appearing in camouflage, as she has paid many visits either with her husband or alone to military units across the globe. She is Royal Colonel of 5th Battalion The Rifles and has visited them both while they were in Afghanistan in 2011 and also at their headquarters in Paderborn, Germany. Her Royal Highness is also Colonel-in-Chief of Queen Alexandra’s Royal Army Nursing Corps. Following their extensive work in helping treat the Ebola epidemic in 2013, she invited medical staff from them to Kensington Palace to thank them for their valuable response to the humanitarian crisis.

Perhaps the activity that the Countess is best known recently for is her cycle ride as part of her personal challenge for the Duke of Edinburgh Award scheme between the palaces that was covered on Royal Central. It has been announced that when the sad time comes that the title of Duke of Edinburgh reverts to the Crown that it is The Queen’s wish Prince Edward assumes the title. Both the Earl and Countess have been keen supporters of the Duke of Edinburgh Award scheme and attended many activities in this its seventieth year.