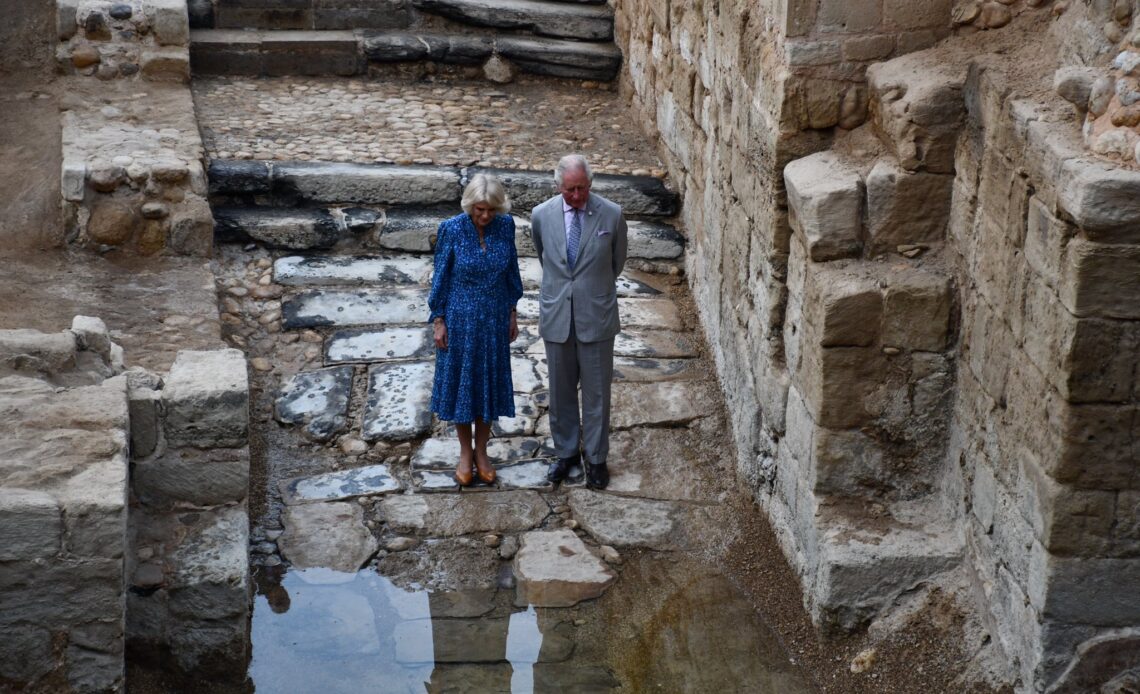 The Prince of Wales and the Duchess of Cornwall have arrived in Jordan for their first official tour since the pandemic began.

Upon arrival in Amman, on November 16th 2021, the British royals were welcomed to Al-Husseiniya Palace by King Abdullah II, Queen Rania, and Crown Prince Hussein. Prince Charles and Camilla’s visit to Jordan was announced to jointly celebrate both Jordan’s centenary and the centenary of bilateral relations between Jordan and the UK.

In a press release by The Royal Hashemite Court, King Abdullah II was noted as saying about the recent COP26 summit in Glasgow: “I know this is something that you started way before anybody really understood these challenges, and I just wanted to commend you for your leadership.”

Prince Charles also spoke about his delight in officially visiting Jordan after the trip was delayed due to the pandemic. He said: “This occasion is even more special, bearing in mind the centenary of the very special relationship and friendship between both our countries. And in all those years, that relationship has matured even more and matters a very great deal to us in the United Kingdom.

“I also wanted to say particularly just how hugely we all admire Jordan and Your Majesty’s efforts in looking after so many refugees coming from all around this area, and the fact that Jordan is so unbelievably hospitable and generous is truly remarkable.”

Following the private meeting between King Abdullah II and Charles, the Crown Prince joined in with Prince Ghazi and representatives of both countries, where the discussion focused on ways to work together economically. Development, climate change, food security, and the economic impact of COVID-19 were also discussed.

Meanwhile, Queen Rania and the Duchess of Cornwall paid a visit to the Queen Rania Family and Children Centre, which was established in 2005. According to Clarence House, the centre provides “child protection activities to families from Jordanian, Palestinian and Syrian origins. Today the centre offers holistic services that aim to combat child abuse and strengthen families across Jordan.”

During their visit to the Centre, Queen Rania and Camilla watched as teenage girls took life-skills classes and viewed products made by female artisans, which are then sold by IKEA.

Prince Charles also met with religious leaders in an interfaith meeting to discuss religious tolerance and the environment. He told those gathered, “You are the people, who are the leaders of your communities, you are the people to remind your flocks of living in harmony with nature. There is hope. There are ways we can change.”

Following these meetings, Prince Charles and Camilla paid a visit to Elijah’s Hill (believed to be the site where the prophet Elijah ascended to Heaven in the 9th century BC) and Juwafa al-Kafrayn, which is believed to be the Baptismal Site of Jesus Christ. The site lies on the River Jordan and borders Israel.

During their visit, Prince Charles took bottles of water that will be used for future royal christenings, according to the burial site’s director. All royal babies are christened with water from the River Jordan in an antique font.

Clarence House previously noted that Prince Charles’s and Camilla’s official visit to Jordan and Egypt will showcase “strong bilateral relationships, with a focus particularly on addressing the climate crisis.”

Prince Charles and the Duchess of Cornwall previously travelled to India, New Zealand, and the Solomon Islands in the autumn of 2019. It was their last major royal visit before the pandemic began.