Is it true that The Queen is above the law? 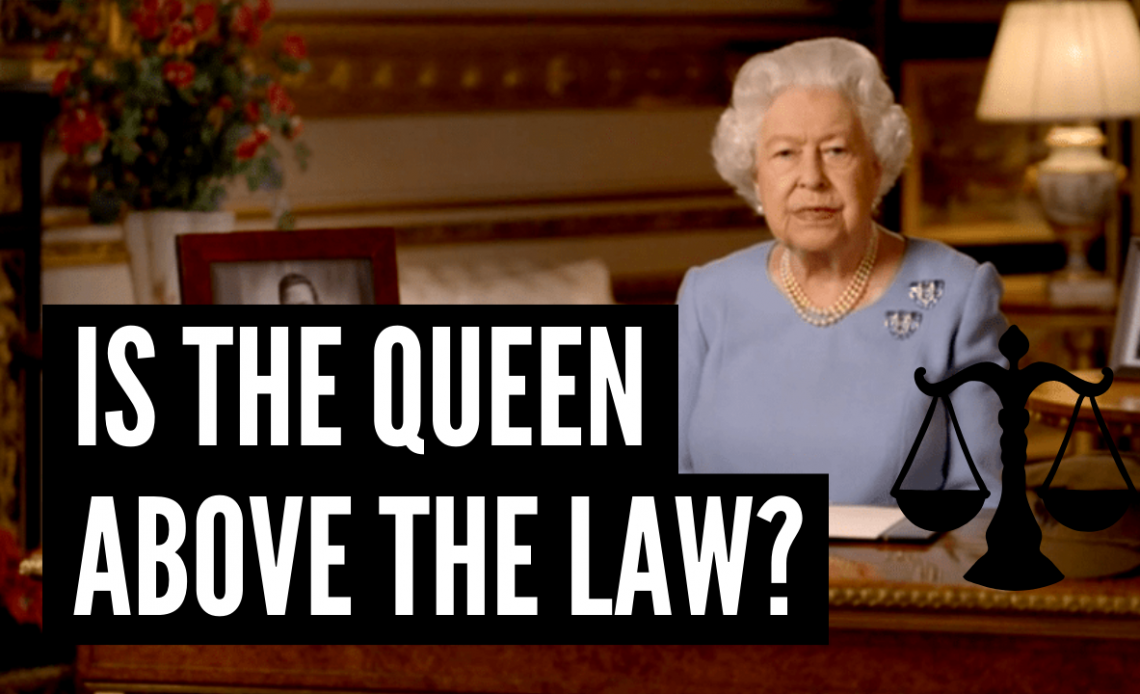 For centuries, the reigning Monarch in Britain has been considered the font of justice. But what does this mean, and does it mean The Queen can do whatever she wants without legal repercussions? We’re about to take a look back at the days when Monarchs played a vital role in administering justice to give an accurate and direct answer.

Many hundreds of years ago, the reigning Monarchs of England were at the top of the legal system. They themselves were the source and seat of all justice, the Monarch’s subjects were constantly at their King’s mercy, sometimes for even the most trivial crimes.

Up until only a few centuries ago, Royal Authority was at its high-point, where it was treason to even imagine the death of the Sovereign. Challenging the Sovereign’s authority was the most insufferable form of treason in the eyes of the law and the Monarchy, often resulting in death.

The reason for the Monarchy taking such a high stand against any form of opposition was two-fold. Firstly, Monarchs, in the middle ages and before, must maintain an unchallenged authority. If doubt was cast upon the Monarch’s fitness to reign, others could take advantage of this and challenge the Monarch for the throne. Royal authority was their way of ensuring challengers knew just how powerful and mighty their King was. Secondly was the ancient belief that Monarchs ruled with the authority of God and that Kings had been sent to rule over the land and do God’s work.

The position of Monarchs as ‘above the law’ has been debated for many years. Is the current Queen really in a position above the law? Could she exercise this right without repercussions? Is it right for her to have such a position?

Nowadays, Her Majesty is at the heart of the justice system in the United Kingdom, all authority for justice is carried out on The Queen’s behalf, judges carry the post-nominal of QC, which stands for ‘Queen’s Counsel’. Cases are brought to the court by Crown Prosecutors and are tried as The Crown versus (or R versus, where Rstands for Regina, Queen in Latin). Her Majesty no longer plays an active role in the administration of justice, but is still in a position legally where she could, if she wanted to!

Whereas we are here debating whether the Queen is above the law, it is certainly not the case for the rest of the Royal Family, even high-ranking ones.

Princess Anne faced court charges in March 2001, when she pleaded guilty to speeding while on her way to Hartpury College in Gloucestershire. She was fined £400 by Cheltenham Magistrate’s Court, and had five points added to her driving licence. Allegedly, she saw a police car and assumed she was being given an escort.

The following year, she became the first senior member of the Royal Family to have a criminal record, after she was convicted of an offence under the Dangerous Dogs Act 1991. She pleaded guilty to the charge that her dog, Dotty, attacked two children while she and her husband were walking the dog in Windsor Great Park. The Princess was fined £500 by Berkshire Magistrates’ Court and ordered to give Dotty more training.

Back to The Queen’s position. To make it absolutely clear: The Queen (or the reigning Monarch) is above the law. It has been like this for centuries and remains true and practicable today. However, the important thing is that Her Majesty doesn’t test this prerogative. Indeed, in a clearly worded article on the official British Monarchy Website, it says:

“Although civil and criminal proceedings cannot be taken against the Sovereign as a person under UK law, The Queen is careful to ensure that all her activities in her personal capacity are carried out in strict accordance with the law.”

Indeed, Her Majesty has never been in a position where her legal standing is in question, specifically because there can be no question. Regardless of what The Queen does, it can’t be declared illegal.

The reason for Her Majesty not performing an ostentatious display of Royal power is obvious. If The Queen were in a position where she did something that contravened British laws, there would almost undoubtably be some sort of uprising from the British people about how she can get away with blatant breaches of law, just by status! And this, in turn could spell the end of the Monarchy. After all, what’s fair about a distant figure exercising a ‘supreme right’?