The royal events we can look forward to in 2022 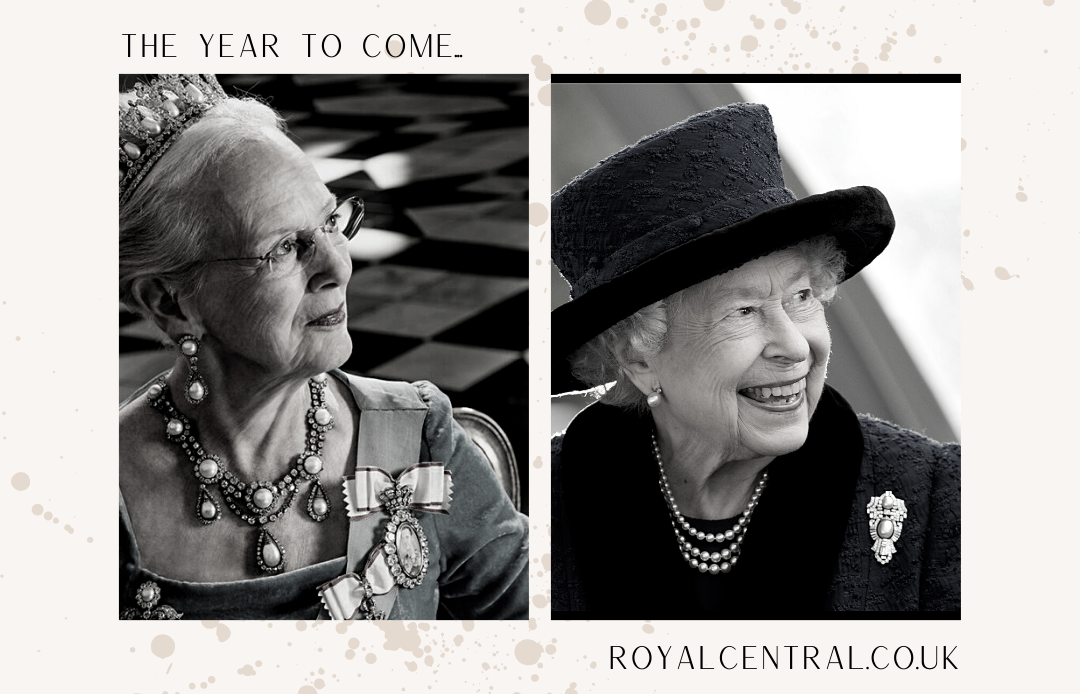 It promises to be a very busy royal year with plenty to look forward to over the coming twelve months. There’s not one but two jubilees as well as a host of big birthdays and wedding anniversaries and that’s before anyone steps outside a palace and gets busy. As we cast our minds to the year to come, the Royal Central team pick the moments they can’t wait to share in the royal 2022.

The Platinum Jubilee promises to be a once in a lifetime moment for many. The Queen becomes the first British Monarch to mark 70 years on the throne on February 6th 2022 and that’s just the start of what should be a royal story like no other. With events planned throughout the year, including a spectacular celebration in June 2022, the Platinum Jubilee will be one of the events of the whole year, not just a royal story.

I’m also really looking forward to celebrations in Denmark for Queen Margrethe’s Golden Jubilee. Although initial plans are on hold because of the pandemic, Denmark’s queen has promised us a party like no other in the summer to mark her half-century. Two groundbreaking royal women, two pioneers and two opportunities to reflect on their role in society and history – what a royal year it promises to be!

I also am excited for the Platinum Jubilee. There will be no other event like it with fun and celebration guaranteed. A concert at Buckingham Palace, a tour of the nation (and hopefully the Commonwealth), and thousands of street parties – June 2022 will be a once in a lifetime occasion.

Being a horse racing enthusiast myself, the event I am most looking forward to next year is the Derby at Epsom Downs Racecourse. The entire Royal Family is expected to be there – and there is nowhere in the world that The Queen would rather be. Perhaps she will even have a runner in the world’s most famous flat race? Dare to dream!

Of course, I’m also greatly looking forward to the Platinum Jubilee — who isn’t? As long as plans work out I’ll be travelling to London for the big events in June and can’t wait to share all of the happenings with Royal Central’s readers. I’m also excited about the Earthshot Prize coming to America in 2022 and crossing my fingers for the Cambridges to make some visits here in the United States!

Everyone loves a jubilee celebration, and I’m really looking forward to both jubilees in the UK and Denmark. However, I’m also looking forward to the 50th birthday celebrations of Crown Princess Mary of Denmark. There are many events scheduled around her big day and a new book scheduled to be published. I hope things have settled down with the global health situation so that things can go on as planned. We’ve gone far too long without any large celebrations for a royal, so I think I am most looking forward to the gala dinner planned. Hopefully, royals from across Europe can travel to Denmark and the tiara moments we’ve lacked for two years will be made up for!

Princess Ingrid Alexandra of Norway will also mark her coming of age in January. Celebrations for her 18th birthday have been postponed, but I’m looking forward to seeing how they honour her when things are safe to do so in Norway. She’s been much more active lately as she nears adulthood so I can’t wait to see what the future holds for her and what her plans are.

I’m looking forward to the Platinum Jubilee of Queen Elizabeth II for the historical aspect, for the pomp we’ve been promised in June, and for the hope of a Canadian royal visit to coincide with the momentous occasion. Cross your fingers for me that I finally get another royal visit to Nova Scotia in 2022! The last time a senior royal visited here was in 2014, when Prince Charles and the Duchess of Cornwall stopped by. And who knows, if there isn’t a royal visit for the Platinum Jubilee, perhaps William and Kate will tack on an east coast tour of Canada to accompany the Earthshot Prize taking place in New York City in the fall of 2022.

And like Brittani, I’m looking forward to Princess Ingrid Alexandra of Norway turning 18. She has really come into her own over the past few years; her confirmation speech, in which she lightly roasted her royal relations, showed us her personality. In 2021, she started carrying out military engagements, so she’s beginning to take a more active royal role. It’ll be fascinating to watch her grow into a full-time royal in the years ahead.