A look at the Order of the Polar Star 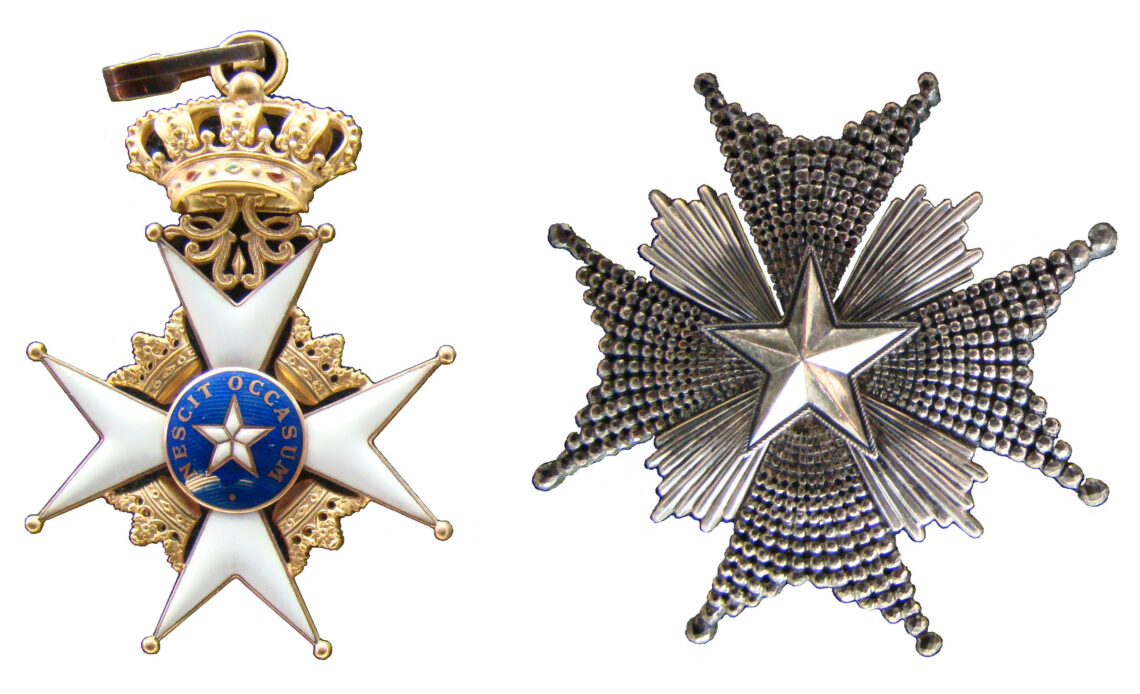 Each royal house has its own royal chivalric orders. Sweden has several royal orders; the Order of the Polar Star is one of the oldest orders in Sweden.

Until 1975, the Order of the Polar Star was given as a reward to both Swedish citizens and foreign citizens for “civic merits, for devotion to duty, for science, literary, learned and useful works and for new and beneficial institutions”. After 1975 when all of the orders were reorganised, the order can only be given to foreign citizens for service to Sweden. It is often given to prime ministers/first ministers who are officially visiting Sweden and also sometimes to junior members of other royal families who are not senior enough to be appointed to the Royal Order of the Seraphim.

The Order’s motto is “Nescit occasum” which translates to “It knows no decline”. The badge is a Maltese cross, with a crown between the top arms of the cross. The central disc is blue with a white five-pointed star, and the motto surrounds the star. The badge was originally worn on a black sash, which allowed the brightly coloured badge to stand out. However, in 1975 the sash was changed to a blue sash with a yellow border.

In 2019, a new parliamentary committee was established to set rules on how to re-introduce all of the Swedish orders so that Swedish citizens can be appointed to the order again. The committee should be presenting its findings in September 2021.