A prince consort in waiting: Daniel of Sweden 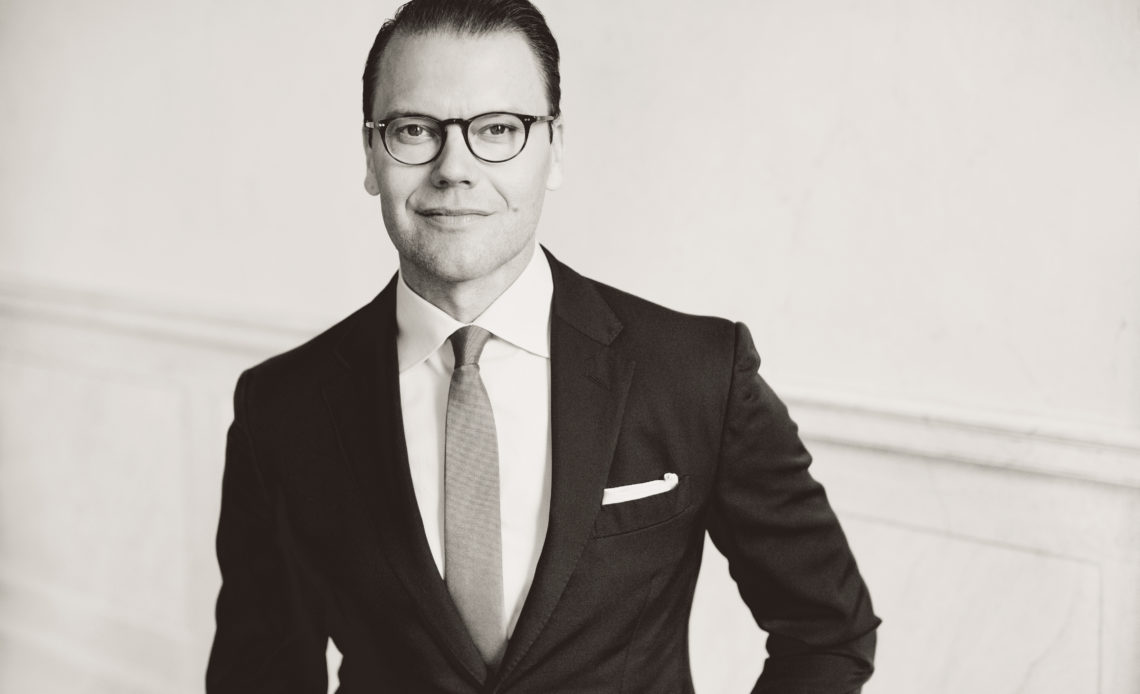 Prince Daniel of Sweden is a very rare royal indeed. For at the moment he is the only man in Europe lined up to be a prince consort to a queen regnant in waiting. While the youngest generation of the continent’s royals is dominated by girls who will grow up to rule, the next one up is filled with men who will be king. So Daniel’s place in modern European royalty is rather special indeed.

He was born Olof Daniel Westling on September 15th 1973 in Orebro in central Sweden to Olle and Ewa Westling.  On the same day Sweden’s popular king, Gustaf VI Adolf, died and was succeeded by his grandson, Carl XVI Gustaf, who would welcome Daniel into the royal family as his son in law three decades later. But in the meantime, a very different kind of life awaited Daniel.

He grew up in Ockelbo, a rather sleepy town in central Sweden, which has a population of around 2,000 people. After school he did a spell of national service and went on to work in sports, became a personal trainer and set up his own company in 1997. By then he was living in Stockholm where, sometime in 2001, he met Crown Princess Victoria who is first in line to her country’s throne. Reports of their relationship

Daniel was a surprising choice of boyfriend for Victoria and there are reports that some of the posher parts of Swedish society made fun of her new partner’s somewhat rural accent. It didn’t matter to either of them. It became clear that the relationship was serious and despite some blips they moved closer to marriage. And behind the scenes, he was undergoing a rigourous education in things like royal history and European languages to help him adapt to a possible future role as a royal consort.

That role was confirmed on February 24th 2009 when the couple announced their engagement. But as Victoria is a future queen there was more to this than the presentation of the rather sparkly solitaire diamond ring that she showed off to the press on the day she announced her wedding. King Carl VXI Gustaf first had to give his consent and then had to ask the Swedish government for their consent. Once that was received, Daniel Westling wrote his name in the history books as the first man to become engaged to a female heir apparent in Sweden.

Not long afterwards, he faced another life-changing event. Daniel had congenital kidney problems and in late 2009 he successfully underwent a kidney transplant with his father as the donor. He made a full recovery and has since campaigned for more organ donation.

As he recovered from his operation he was also getting ready for the huge alterations that marrying a future queen would bring to his life. Throughout 2009 and early 2010 Sweden got ready for the biggest royal wedding in Europe since the marriage of Prince Charles and Lady Diana Spencer on July 29th 1981. At his engagement press conference, held in Princess Sybilla’s apartments in the Royal Palace in Stockholm Daniel made reference to the length of time it had taken the couple to decide to get married. He told reporters he had needed the time to get used to the idea of becoming royal. His honesty and determination only endeared him to people in Sweden more.

Because from the very start, Victoria and Daniel have been a very popular couple. Every detail of their marriage preparations were eagerly followed and on the eve of their wedding a special concert was held in their honour by the Swedish parliament. The following day, the 34th anniversary of the wedding of King Carl XVI Gustaf and Queen Silvia, guests from around the world including the Earl and Countess of Wessex watched them exchange vows. The man born on the day Carl XVI Gustaf became King of Sweden walked into the church a commoner and left as His Royal Highness Prince Daniel, Duke of Vastergotland.

Since then Prince Daniel has assumed a high profile role within Sweden’s royal family with a wide range of engagements and a particular focus on environmental causes and projects helping young people get into business and training. He has also set up a popular sports day to encourage children to get more active.

The ongoing popularity of Daniel and Victoria can perhaps be seen from the happy response given to the recent news that they are expecting their second baby.  Since the birth of their first child, Estelle Silvia Ewa Mary, on February 23rd 2012 this new royal family has been followed closely and the regular official photos of them are always well received.

Prince Daniel of Sweden traces his ancestry from Finnish people who arrived in Sweden in the 18th century and who worked hard to take on the challenges that their new lives presented to them. This very modern prince, the only man in line to be a consort in this generation of royalty, has carried on that tradition.