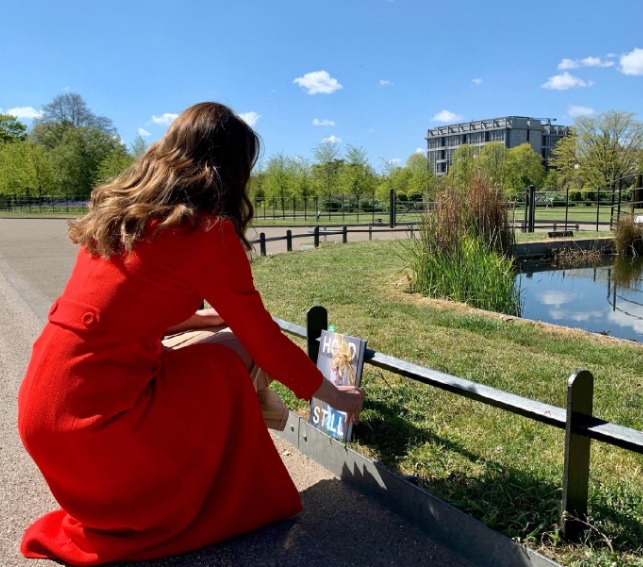 The House of Windsor is returning to some kind of normality after the sadness of the death of the Duke of Edinburgh and the mourning period that followed his passing on April 9th 2021. The past week has seen several high profile engagements as well as a string of other visits that have brought the Royal Family’s diary closer to levels seen following the first lockdown in England last summer. Here, we look back at the Windsor Week.

Her Majesty The Queen held several virtual audiences as she continued a return to public life. On May 5th, she received the Letters of Credence of the new Ambassador for the Republic of Haiti and the Apostolic Nuncio from the Holy See to St. James’s. Both Euvrard Saint Amand and Archbishop Claudio Gugerotti were in Buckingham Palace for the online events while The Queen took part via video link from Windsor Castle.

The week just gone also saw the Queen send a public letter to the people of Northern Ireland on the 100th anniversary of the Government of Ireland Act coming into effect.

The Duchess of Cambridge oversaw the official launch of Hold Still, her photographic record of life in the UK during the pandemic. On May 7th, visited the National Portrait Gallery where the book is now part of archives and saw other images recording major moments in the UK’s history. Kate also became a ‘’book fairy’’. Along with some of those who took photos in the tome, she left a copy of Hold Still in a place that had been important to her during lockdown for someone to find and enjoy. The Duchess left her copy at the statue of Queen Victoria at Kensington Palace.

Meanwhile, The Duke of Cambridge popped in to see his favourite football club, Aston Villa. The visit, to hear about their work supporting the local community during the pandemic and to open a new training ground, came days after William joined a social media boycott in protest at all forms of online bullying.

The Duke also brought back a royal tradition that has been on hold during the pandemic. On a visit to Brighter Futures Rhyl, William planted a tree as he heard about the organisation’s work addressing local issues.

Boots on the ground

A string of military engagements filled the royal diary as the week progressed. The Prince of Wales visited the Welsh Guards at their Barracks in Windsor on May 5th. Prince Charles, who is their Colonel, met some of the soldiers who took part in the funeral of his father, The Duke of Edinburgh, and told them they ‘’did him proud’’ on the day. Charles also heard about support work carried out by the regiment during the coronavirus pandemic including their involvement in setting up the first Covid test sites and mobile testing units in England.

There were more poignant links to the Duke of Edinburgh during another royal military visit. The Duchess of Cornwall headed to Wiltshire for her first official visit to the Rifles since taking over as their Colonel-in-Chief from Prince Philip last year. Camilla met troops who were just back from Estonia as well as some of those involved in Philip’s funeral.

Meanwhile, the Earl of Wessex spent several days carrying out engagements in Surrey. Prince Edward visited Christ’s College in Guildford which was officially opened by his late father in 2009. He also spent time at a vaccination centre in Windsor to thank staff and volunteers as well as meet some of those lining up for their jabs. Edward also marked Surrey Day with a visit to the farm shop at Abinger Hammer. The Earl and Countess of Wessex live in the county with their two children.

The Princess Royal welcomed a group of midwives to St. James’ Palace on May 5th to mark the International Day of the Midwife. Princess Anne has been patron of the Royal College of Midwives for almost two decades.

On the same day, the Duchess of Cambridge interviewed pioneering health care expert, Harriet Nayiga, about her work in maternal and baby care for Nursing Times. The special edition also marked the culmination of Nursing Now, the initiative launched by Kate in 2018.

Looking to the future

The Royal Family celebrated special days for two of the new generation of Windsors. On May 2nd, Princess Charlotte turned six while on May 6th, her cousin, Archie Mountbatten-Windsor, was two. Both events were marked with new images and celebratory messages on official social media channels.

And social media will play an even greater part in royal life going forward. This week, the Duke and Duchess of Cambridge announced they were starting their own You Tube channel to share more news of their engagements and projects.