Countess of Wessex “in awe” of The Gambia eliminating blinding trachoma 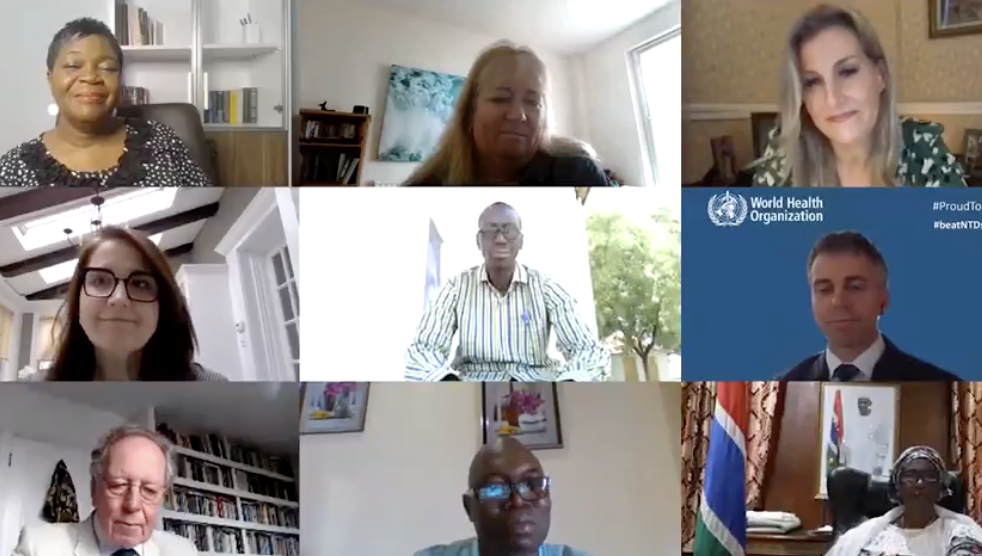 The World Health Organization (WHO) announced that The Gambia has successfully eliminated trachoma, the world’s number-one infectious cause of blindness, and the Countess of Wessex has congratulated the country for its achievement.

Ahead of the WHO’s announcement, Sophie, who serves as Global Ambassador for the International Agency for the Prevention of Blindness (IAPB), took part in a video call with representatives from The Gambian Government, IAPB, Sightsavers, and the London School of Hygiene & Tropical Medicine.

“In our lifetime, to see something that has been so prevalent and has destroyed so many lives actually being beaten is wonderful,” the Countess of Wessex said on the call, later adding, “We stand in awe of what has been achieved.”

The Gambia is the second sub-Saharan African country, after Ghana, to successfully eliminate the disease, and the Countess of Wessex was able to congratulate Her Excellency Dr Isatou Touray, Vice-President, The Gambia, on the call for this milestone.

“This success is firstly about collaboration, but each success is a home-grown success from each individual country,” the Countess of Wessex said. “Yes, the international community came together but it had to rely on each country to make it their own. Without the commitment from the top-down and the bottom-up none of this would have come about.”

Preventing trachoma is a cause close to Sophie’s heart; she served as Vice Patron of The Queen Elizabeth Diamond Jubilee Trust, which was set up to help eliminate avoidable blindness across the Commonwealth, from 2012 until its planned closure in 2020. She visited India in 2019 and Malawi in 2017 to see the Trust’s work on the ground and sent a letter of congratulations to Malawi later in 2019 when they were declared trachoma free.

“Her Majesty is so supportive of this kind of work,” she said. “For her to have chosen sight as the main pillar of The Queen Elizabeth Diamond Jubilee Trust Fund during its time was so reaffirming.”

Over the years, The Trust gave more than 22 million people access to sight-saving antibiotics and provided surgery to more than 104,000 people suffering from trachoma trichiasis.

Speaking fondly of The Queen, Sophie continued, “She has genuinely taken a personal interest in that work. When I was travelling on her behalf to be able to come back and tell her what I’ve seen, what I’ve learnt, the work that was going on… She loves collaboration; she loves it when people get together and make things happen.”