Royals’ focus on the importance of literature 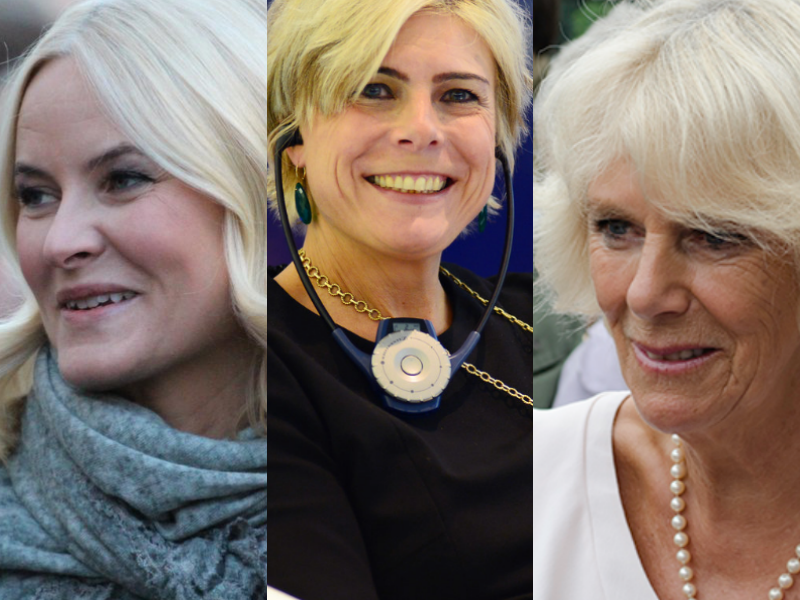 What do the Duchess of Cornwall, Princess Laurentien of the Netherlands, and Crown Princess Mette-Marit of Norway have in common? Their love of and passion for reading and their encouragement of others to get them to enter into a world that allows you to escape from the realities of the world for a few moments.

Her Royal Highness has been the patron of the National Literacy Trust since 2010, and she is also the patron to other literature-based organisations like Book Trust, First Story, the Wicked Young Writer Awards and Beanstalk. She also always throws her support behind the BBC Radio 2’s 500 Words creative writing competition.

Talking about how stories are magical, the Duchess, who has admitted to being an avid reader, has said, “Like climbing through the wardrobe into Narnia, stories open doors into different worlds. They stretch our imagination and get our brains buzzing. We fall in love with heroes and heroines and can’t turn the pages fast enough to find out what happens…

“Whether exotic or every-day, heart-warming or heart-stopping, stories help us to understand our world and the people in it.”

The Duchess of Cornwall attends several literacy events each year, and she didn’t wait long into 2019 to undertake her first literature event. At the end of January, she visited the North Swindon Library, where she read to schoolchildren as part of her role with the National Literacy Trust.

Princess Laurentien of the Netherlands’ work in literature is less reported and not very well-known outside of the Netherlands. The Princess has worked in the promotion of literacy since 2001, and she initiated the founding of Stichting Lezen & Schrijven (the Reading and Writing Foundation) “to prevent and reduce functional illiteracy,” according to the Royal House of the Netherlands.

Her Royal Highness’s dedication to literature led to her being designated as UNESCO Special Envoy on Literacy for Development, where she advocates for literacy across the globe. She has also been appointed Chair of the European Commission’s High Level Group of Experts on Literacy. She also received the Major Bosshardt Prize for her work in combating illiteracy in 2010.

Princess Laurentien had served as honorary chair of Stichting Lezen & Schrijven but resigned in 2017. However, she continues to work and support the foundation and its work the end illiteracy in the Netherlands.

The Princess regularly opens reading festivals and attends literature-based events, including reading to children during the Reading Breakfast as part of the national reading days in the Netherlands.

Last but certainly not least, is Crown Princess Mette-Marit of Norway who has hosted a literature train throughout Norway and more recently a literature metro in Oslo.

The popular literature train, which first began in 2014, will travel to Germany in October, and she will bring famous Norwegian authors on literature trains with Deutsche Bahn from Berlin via Cologne to Frankfurt, Germany. On Monday, 14 October, the Crown Princess will travel by train from Berlin to Cologne, and the day after, the trip to Frankfurt will continue. As part of the journey, a large group of Norway’s most famous authors will attend a Frankfurt book fair.

The Royal Court has explained the literature train on their website, “The train tour does not follow a set railway schedule, and in addition to the Norwegian Royal Train Carriages, the locomotive pulls a café carriage, a passenger carriage and, not least, the library carriage. This is a specially furnished carriage containing books from the Oslo Public Library and parts of the Crown Princess’ own book collection. When the train stops at the local station, the carriage is normally open for anyone wanting a cup of coffee and a good book to read.”

She organises meetings during her literature tours between authors and the public as a way to encourage dialogue about reading.

In the past, she has said, “I cannot imagine a life without books. Ever since I was a child, I have been read to and given the opportunity to enter a world of fantasy. The act of reading, the internal images it creates, the emotions it evokes – has made me a better, wiser and more thoughtful person.”

Crown Princess Mette-Marit serves as an ambassador for Norwegian literature on the international stage.