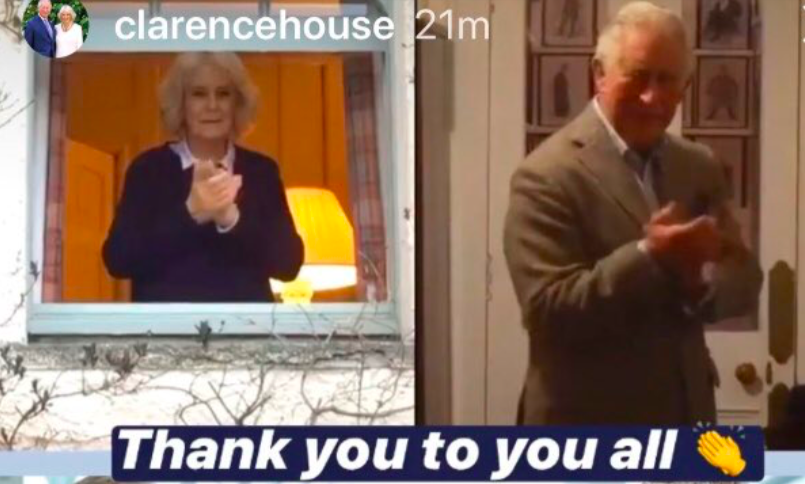 The Prince of Wales has been seen for the first time since he was diagnosed with coronavirus in a video posted to Instagram by Clarence House.

The footage shows both Prince Charles and the Duchess of Cornwall applauding healthcare workers in the UK who are dealing with the coronavirus pandemic.

The 71-year-old Prince can be seen in the footage taking part in the national round of applause for NHS staff.

Camilla, who is also isolating in Birkhall, can be seen standing at an open window clapping in appreciation.

Earlier in the day, The Royal Family’s official Twitter account urged on people to join in with the clap.

Other royals to show their appreciation to those working for the NHS included The Queen at Windsor Castle.

Prince George, Princess Charlotte and Prince Louis also featured in a video on Kensington Palace’s Twitter page where they clapped in support of healthcare workers.

Similarly, the Wessex family posted a video on Instagram of the Earl and Countess engaged in a round-of-applause, alongside Lady Louise and Viscount Severn.