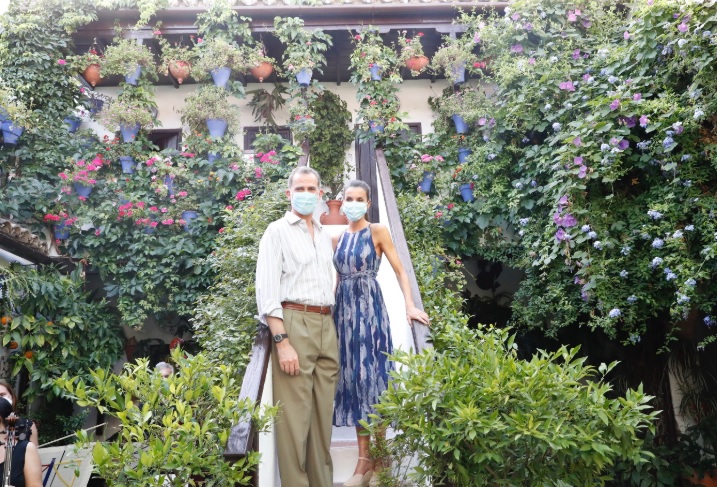 The latest stop of King Felipe and Queen Letizia’s tour through Spain to promote tourism was Seville and Cordoba. The King and Queen of Spain visited the autonomous community of Andalusia to see how how businesses and social organisations are faring after the lockdown due to coronavirus.

After travelling to the Canary Islands and the Balearic Islands, King Felipe and Queen Letizia headed to Andalusia as the next stop on their tour. There, Their Majesties visited the cities of Seville and Cordoba. King Felipe and Queen Letizia are determined to visit all the autonomous communities in Spain to learn about the impact the COVID-19 pandemic has had on all aspects of daily life. At the same time they wish to thank those who have efforts to end the crisis. This tour around the country is also the perfect opportunity to promote tourism after the lockdown.

In Andalusia, King Felipe and Queen Letizia visited two social projects and talked with representatives of local entreprises from various economic sectors. In the morning, the pair arrived at Seville where they visited the Don Bosco Foundation in the Southern Polygon, a disadvantaged area of the city that is home to over 50,000 people. At the Don Bosco social centre, the King and Queen visited a workshop were masks were being produced. His Majesty thanked everyone that has worked to ensure the best living conditions for families in the neighbourhood during the lockdown.

In the afternoon the King and Queen made a short walk between two popular tourist attractions in Seville, the cathedral and the Alcázar – also known as the Royal Palace of Seville. At the latter monument, Felipe and Letizia met several local entrepreneurs to learn about the reality of the recovery after the lockdown. After the meeting, the pair posed in front of the monuments.

In the late afternoon, the King and Queen arrived in the city of Cordoba. There they were accompanied by the local authorities on their visit to the city’s most beautiful courtyards, the number one tourist attraction of the city. The pair also visited the headquarters of the Association of Friends of the Courtyards of Cordoba. Before entering, the King and Queen greeted the well-wishers that had gathered to see them. The visit ended with a photo opportunity.

Later this week, King Felipe and Queen Letizia will continue their tour of Spain as they’ll travel to La Mancha on Thursday and to Valencia on Friday. On Wednesday the King will attend the re-opening of the borders of the country with Portugal.