The complex prince who helped make modern Monaco: the life of Louis II 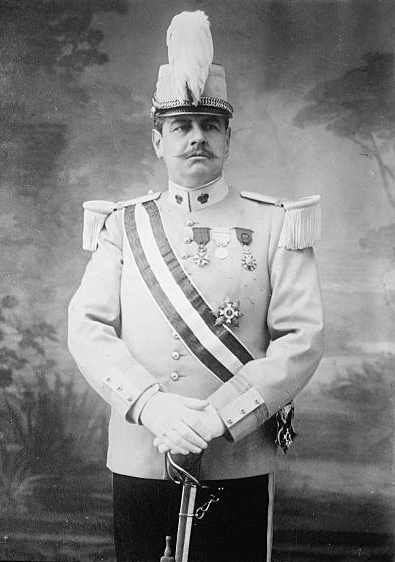 Today, on the 150th anniversary of his birth, let’s take a look back at the life of a complex Sovereign Prince of Monaco, Prince Louis II, who oversaw a period of great cultural strides and dark days for the principality.

Prince Louis Honoré Charles Antoine Grimaldi was born 12 July 1870, the only child of Prince Albert I of Monaco and Lady Mary Victoria Douglas-Hamilton. His parents separated and later divorced not long after his death, as his mother disliked Monaco and left the country permanently. Their marriage was annulled in 1880.

Prince Louis was raised in Germany by his mother and stepfather for the first years of his life, though he moved to Monaco at the age of 11 to begin training for his eventual duties as Prince of Monaco.

The Prince clashed with his father, who had a domineering personality, and as soon as he was able to, he left for France and enrolled in the prestigious Saint-Cyr military college and later served with the French Foreign Legion and also in Algeria.

He met his lover, Marie Juliette Louvet, while stationed in Algeria, and though they never married, he had a child with her. His daughter, Charlotte Louise Juliette, was born on 30 September 1898 in Constantine, Algeria.

Prince Louis served with the French Army from 1895-1899, and at the end of his service, returned to Monaco without Marie Juliette or Charlotte. He re-enlisted during the First World War, serving as a volunteer.

In 1911, to stave off a constitutional crisis about succession, Prince Louis’s daughter Charlotte was recognised as his heir and joined the Princely Family of Monaco. However, the laws on this were ruled unconstitutional, and it was only in 1919 when Prince Louis adopted his daughter after the laws were changed to allow it, that she became his official heir. From that point on, she was Princess Charlotte, Princess of Monaco and Duchess of Valentinois.

Prince Louis II of Monaco ascended to the throne of Monaco on 26 July 1922, after the death of his father. He had big shoes to fill, as his father had been a cultural and intellectual powerhouse who helped place Monaco on the world’s stage.

Prince Albert I is the reason the principality has a constitution, which he introduced in 1911. He was also a pacifist after serving in the military and founded the International Institute of Peace to promote peaceful ends to conflicts. He formed the Monte Carlo Rally, a car race to attract tourists and get them into the Casino Monte-Carlo.

His love of oceanography led to the formation of the Institut océanographique, Foundation Albert I, Prince of Monaco in 1906 — the building has now become Ocean House and the Oceanographic Museum of Monaco. In 1910, he founded the Institute of Human Paleontology in Paris and was renowned for his devotion to science.

Prince Louis II, thus, had to leave his mark during his reign, which ran from 1922 to 1949. He ruled over a principality that saw the formation of the Monaco Football Club in 1924 and the creation of the Grand Prix of Monaco, one of the world’s most famous auto races, in 1929.

Prince Louis II was also a student of history and collected artefacts pertaining to Napoleon I, which he displayed at the Napoleon Museum at the Royal Palace. In 1931, the Ballet de l’Opéra à Monte-Carlo was created, and in 1939, shortly before the Second World War, the Stade Prince Louis II was opened as a modern football stadium for use by sporting events.

During the Second World War, Prince Louis kept Monaco neutral though his indecisiveness was often commented upon and a majority of the people living in Monaco at the time were of Italian descent and supported Benito Mussolini’s regime. In 1942, Monaco was occupied by the Italian Army, but after Mussolini was defeated, the German Army came in and took over the occupation. Jewish citizens of Monaco were deported and sent to concentration camps; though, Prince Louis II ordered Monaco’s police officers to notify anyone if they were about to be arrested by the Gestapo.

Prince Louis II reigned over a dark period of Monaco’s history and his indecisiveness put a strain on his relationship with his grandson, Prince Rainier, who supported the Allied Forces.

After the war, Prince Louis II began to neglect Monaco, spending most of his time in Paris and lived at his family estate with his wife, Ghislaine Dommanget, whom he married in Monaco in 1946.

Princess Charlotte, who had become the Hereditary Princess of Monaco during her father’s reign, had married Count Pierre de Polignac of Hennebont on 18 and 19 March 1920 and had two children: Princess Antoinette, born in 1920, and Prince Rainier, born in 1923. In 1944, Princess Charlotte renounced her claim to the throne of Monaco and Prince Rainier became his grandfather’s heir.