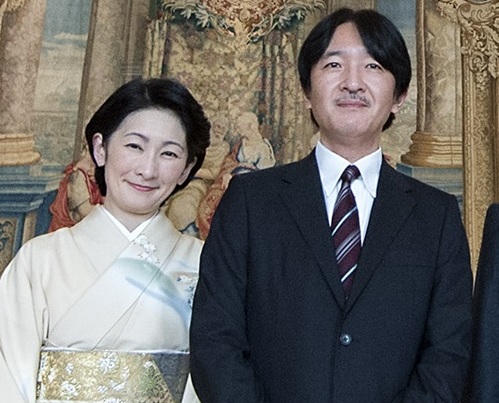 Crown Prince Akishino of Japan and his wife, Crown Princess Kiko visited the Peace Memorial Park in Itoman in the Okinawa Prefecture to lay flowers at the National Okinawa War Dead Mausoleum.

The Crown Prince and Crown Princess were joined by many bereaved family members as they offered bouquets of white chrysanthemums at the mausoleum, where the ashes of around 180,000 victims of the Battle of Okinawa during the Second World War have been laid to rest. They paid their respects by bowing deeply. The Crown Prince also called on people to share their war experiences with their children and other young people.

“We’ll be grateful if they continue to have sympathy for (the victims of) the Battle of Okinawa,” Tokumasa Miyagi, who headed a group of relatives, told Japan Times.

Following the visit to the memorial, the Crown Prince and Crown Princess attended a national green festival in the city of Ginowan and also visited the site of Shuri Castle, which was destroyed by fire.

The couple returned to Tokyo on Sunday.