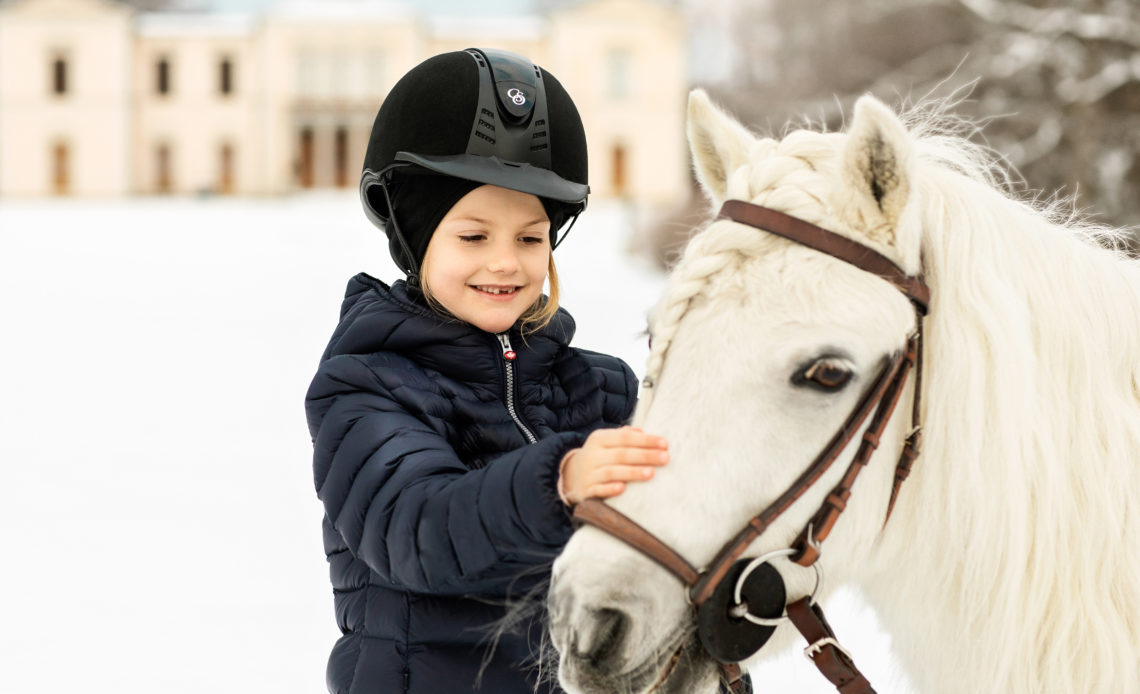 Just three days after the Swedish Royal Court released a photo of Princess Leonore on her fifth birthday, the Royal Court has now released two pictures of Princess Estelle as she turns seven.

The Crown Princess Family regularly releases images on their two children, Princess Estelle and Prince Oscar to the media and Swedish public. They traditionally release photos on their birthdays, Sweden’s National Day, and Christmas, as well as other important events. As a result, the Swedish public and media leave the family alone in public; you don’t see paparazzi on the streets following them as the conduct their day-to-day private lives.

Her Royal Highness Princess Estelle Silvia Ewa Mary, Duchess of Östergötland, was born to Crown Princess Victoria and Prince Daniel of Sweden on 23 February 2012 in Karolinska University Hospital in Solna, Sweden. Her middle names are in honour of her maternal and paternal grandmothers (Queen Silvia and Ewa Westling), as well as her mother’s close friend and Estelle’s godmother, Crown Princess Mary.

She was christened into the Church of Sweden on 22 May 2012 with Crown Princess Mary of Denmark, Crown Prince Haakon of Norway, King Willem-Alexander of the Netherlands, Prince Carl Philip of Sweden, and Anna Westling-Söderström serving as godparents.

The second-in-line to the Swedish throne currently attends Campus Manila’s elementary school after enrolling there on 21 August 2018.

The Crown Princess Family will have another birthday to celebrate as we enter March. Princess Estelle’s younger brother, Prince Oscar will celebrate his third birthday on 2 March.

Only a few days later will see Princess Adrienne, the daughter of Crown Princess Victoria’s younger sister, Princess Madeleine, celebrate her first birthday in Florida where they now reside.